At last weeks I3M-Multiconference in Lisbon, Portugal, Michael Affenzeller had the honor to welcome the I3M community in his role as EMSS Program Chair.

The European Modeling and Simulation Symposium (EMSS) is the oldest and most established event at the I3M-Multiconference and a very important platform for the scientific community.

The European Modeling and Simulation Symposium is one of the most important simulation appointments in Europe. As tradition the conference focuses on Modeling & Simulation in Industry taking into consideration both applications and theoretical approaches. The conference proposes a multi-sides perspective to Modeling & Simulation environment. Tracks organization is intended to cover different research macro-areas dedicated to industrial engineering, Effective design, business, economy and finance, medicine, methodologies, techniques and applications. Such framework gives to scientists, technicians and users the opportunity to interact, collaborate on the most challenging research topics in the field of Modeling & Simulation.

In his opening statement, Michael Affenzeller announced that the traditional workshop organized by the HEAL research group within the scope of EMSS will appear under the name „Prescriptive Analytics“ at EMSS 2020 which will be held in Athens.

Michael Affenzeller also received a scientific achievement Award of the I3M-community at the opening event. 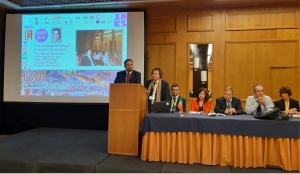 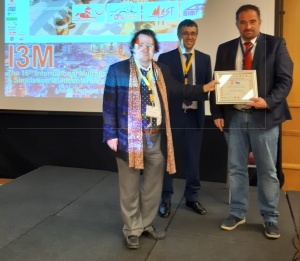 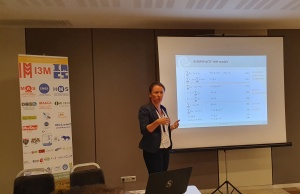