Looking back at Eurocast 2013

Our group members had a great time at the Eurocast 2013 conference in Las Palmas, Gran Canaria. We used the opportunity to meet up with fellow researchers such as Günther Raidl and his team from the Vienna University of Technology, Richard F. Hartl from the University of Vienna, Zenon Chaczko from UTS Sydney, Carmen Paz Suárez Araujo from the Universidad de Las Palmas de Gran Canaria as well as Jan Nikodem and Ryszard Klempous from Wroclaw University of Technology. Stephan Winkler even managed to get a picture with guest speaker and legendary system theorist Rudolf E. Kalman. Eurocast is a biannual conference which takes place every odd year. Since last year the conference has a "younger sibling" called APCast, which takes place every even year in the Asia Pacific region. 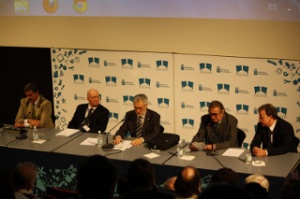 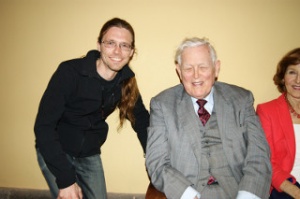